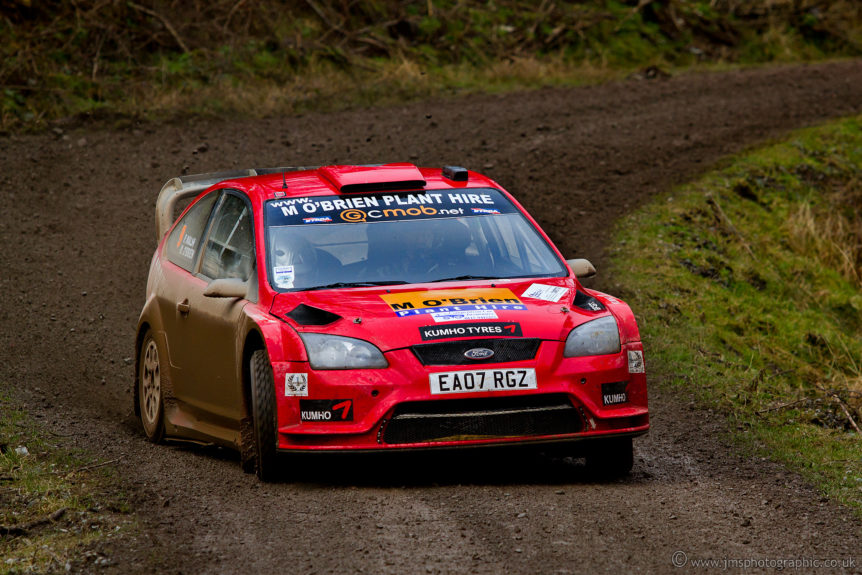 August 11th Saw Dan O’Brien and Paul Spooner compete on the 2012 Neath Valley stages rally. The rally held a large amount of interest for Dan for a number of reasons; the rally being won twice in a row previously by Dans father Michael, in Dans car, with Paul spooner Co Driving. The rally was also a big treat for Rally fans, seeing Juha Kankunen in action at the wheel of a Mk2 escort was a rare treat.

The Day started off well for Dan and Paul taking an early, but slim lead of 3 seconds over Dylan Davies in the Subaru. A big push from Dan over the rough stages resulted in a spin on stage 3 and a puncture towards the end of stage 4 dropping the pair back to second place 21 seconds down on the Subaru.

An even bigger push through stages 5 and 6 saw some time being clawed back by Dan and Paul but it wasnt going to be enough to catch Dylan’s Subaru. Taking 10 seconds back over the final loop the Focus pair had to settle for second place 11 seconds in arrears of Rally winners Dylan Davies and Dale Furness.

Neath Valley was a counting round of the MSA Welsh championship.