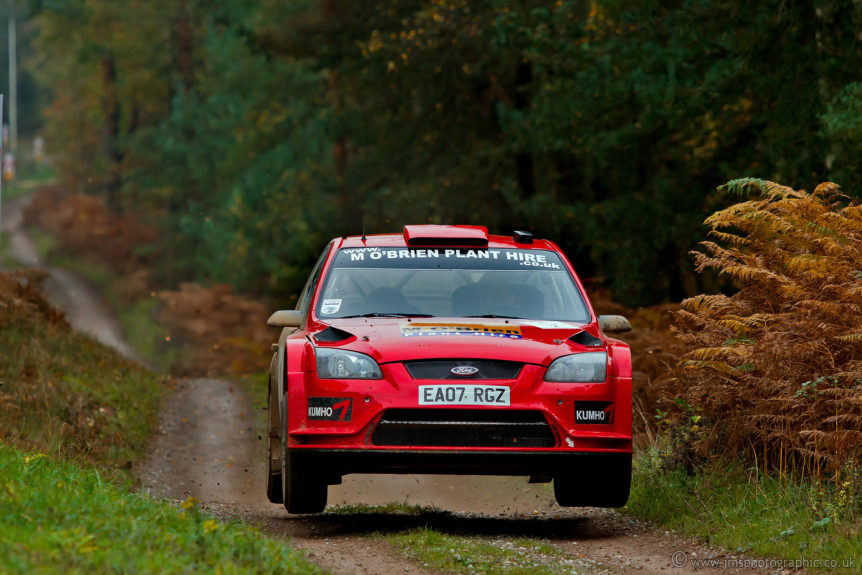 The Tempest Rally is always an interesting finish to the Rallying season, With most people getting ready for winter rebuilds it tends to be a very flat out approach to the stages.
This year saw a very competitive entry list with a string of Ford Focus and Subaru World Rally cars competing it was going to be a very competitive day.

Loop 2 saw the crews head to Longmoor ranges followed by a spectator sprint in Rushmoor arena. Dan slipped into second after this loop 10 seconds behind event Leader Pritchard in his 05 Focus WRC

Stage 6 saw Dan start eating into that 10 second deficit with a time that took 3 seconds back out of the leader narrowing the gap coming into second service following the pavillion stage 7 where both crews beat the bogie time on the fast open stage.

The Final loop saw Dan Push on to the last taking more time in the Warren Stages to move him into the lead with one stage to go. Another good time on the final Pavilion stage meant that Dan had taken the Win on the Rally by 20 seconds over Jason Pritchard.

“we had to push really hard all day just to stay in the frame on the slippy stages, its good to win here after finishing second to my dad last year and there is a lot of big names on this trophy so its nice to add mine to that list. Mark did a great job on the notes and for his first time sitting with me i think we have done well. The Car gave no trouble all day so thats a big credit to P and R Benn for preparing such a good car”    Dan O’Brien