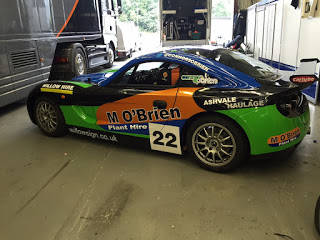 This weekend wil see 15 year old Connor make his circuit racing debut at one of the UK’s fastest circuits, Rockingham raceway. The Ginetta Junior series is renowned for its highly competitive environment and close racing between its 14-16 year old drivers. With a 25 car field normally only covered by a handful of seconds after a 15 minute race it is one of the tightest fields in todays motorsport world.

Connor who has competed in some Junior rallying has spent the year testing the Ginetta G40 in both GT5 specification and more recently Junior Spec in order to get ready for a full campaign in the GT5 challenge in 2017. The testing has been going well in terms of laptimes, but this weekend will be all about building some racecraft and fighting with cars for position, something very new to Connor! 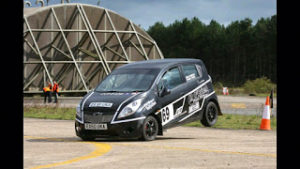 “I can’t wait to get out there and race for the first time, i’ve spent a long time preparing for it with some top coaches and have learn’t alot. Its one of the most competitive championships in the country so i know i have alot to do to keep up. My aim for the weekend is to get to the finsiih of all the races and race with as many people as possible in order to improve my race craft skills for next year. pacewise i know i can be quick on a clear track, but the challenge is keeping that pace when i come under pressure from other cars! Its also great to have a team like Optimum motorsport looking after me, they have been vital to my testing and have all the right people with the right experience around them and its an environment where that experience and enthusiasm rubs off and turns into results! Connor O’Brien