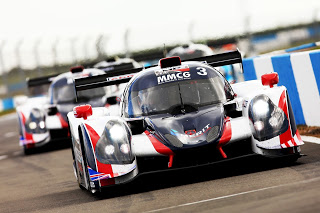 Dan has been lucky enough to make that final 10 thanks to his strong results in 2017 and 2016, winning the GTA class of the GT Cup series last year, and taking a class win in the Dubai 24 hours event in January. Rubbing shoulders with some of the best young drivers in Europe Dan is delighted to have made it this far!

The Final winner is to be decided by public vote, calling on the 10 drivers to push their social media reach as far as possible to secure votes from Fans all over the world.

The prize for the winner is the stuff of a young up and coming drivers dreams. A fully funded drive int he final round of the series and the chance to partner a former World champion which has yet to be named. An experience like that can springboard a young driver’s career and help push them up the ladder of endurance racing.

If you could take a moment and vote for Dan on the following link -> https://gleam.io/1hjRd/sportsinsure-young-driver-selection

You’ll just need to type in your name and email address, then click on the picture of Dan (2nd from right, bottom row, blue sunglasses)

By Voting, you will also be in with the chance of winning two tickets to the final round to watch the winner race at Donington Park on the 16th and 17th of September.

All votes would be hugely appreciated by Dan!